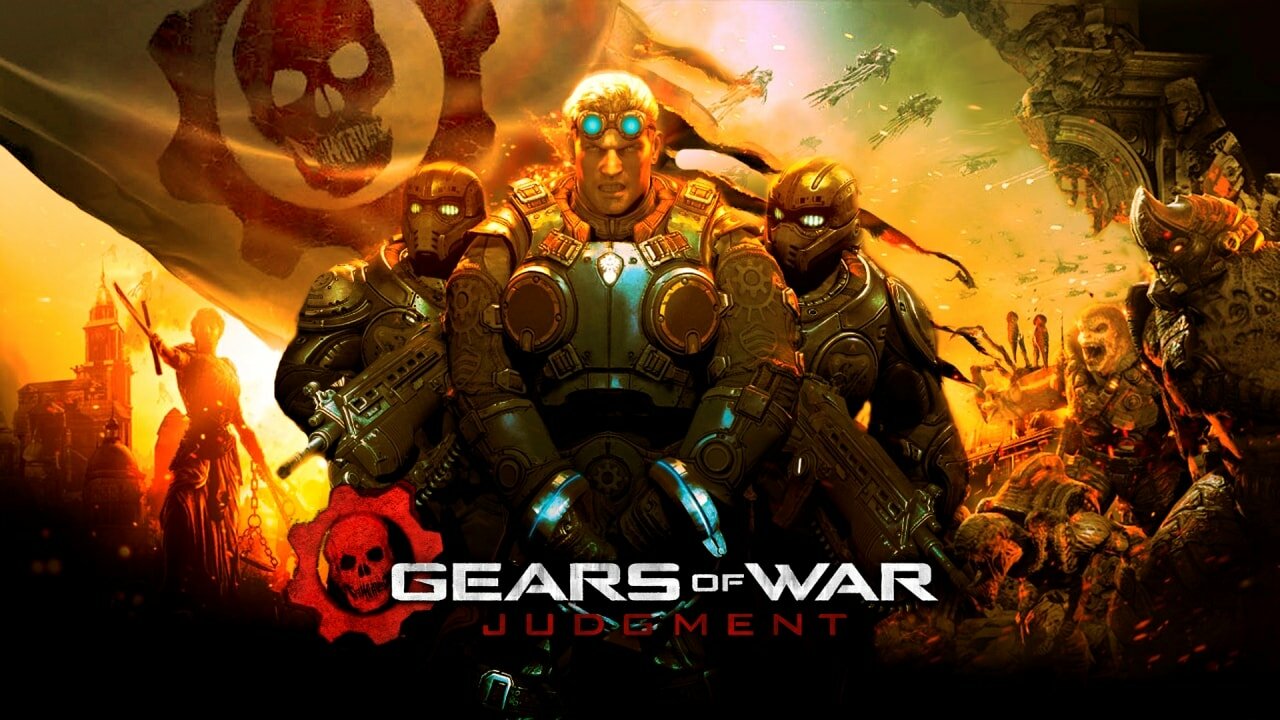 Gears Of War is finally here and we could not resist to investigate the game. We caught the German import version and report in this review, whether the hype about this game was really justified or is only an average shooter.

At Gears Of War, the threat comes from within the Earth. Actually, so far, everything was just a myth that strange beings lived among the great cities of the Earth. Until one day everything didn’t become real. So-called “Locust” showed their face to humanity as they came up to the surface through large earth holes. This surprise attack claimed some victims, but humans did not surrender and beat back with chemical weapons or orbital particle guns. While the survivors retreated to the Jacinto plateau, the locust also found this refuge and attacked the people there.

Marcus Fenix, the main character and title hero of Gears Of War, is in the war, but he resists commanding the command and tries to free his father, who is at the Jacinto plateau, from the catches of Locust. In vain as later on. And to all the evil, Marcus is sentenced to 40 years imprisonment for his disobedience to the army. However, soon the Locust also attack the prison and Marcus is again confronted with struggle and death.

At this point, the player intervenes in the action and takes the role of Marcus Fenix ​​in the 3d person perspective.

Well, the story appears interesting at first sight, but becomes rather boring and uninteresting in the course of the game. The characters are little illuminated and much is stereotypically staged. What the story is not capable of – inspire the player – but creates the action, because this is fantastically portrayed!

Coverage and shooting is the survival guaranteed. This is essential in Gears Of War. Hardly any other game uses the given cover possibilities so consistently. Without protection one is an easy target and does not stay long on its feets especially in the higher levels of difficulty. In Gears Of War, the A button is without doubt the most important button on the controller, which is loaded with numerous functions. With the help of the button you go to cover, climbs over obstacles, dodges and runs ducked. There are almost all functions that are important for survival on a button, but this is by no means overstated. Also important is the X-key, which allows doors to enter, ammunition collected and guns manned. For the exact aim you have to dare a little with the head from the cover and are thus also vulnerable. With the left shoulder button, the enemy is then targeted, with the right button the balls are fired towards the opponent. However, there is also the possibility of firing blindly in one direction from the cover. The principle of coverage and shooting has not been so fantastically represented by any other game as in Gears Of War!

Unlike in many games, Gears Of War does not require any medication. The health regenerates itself as in Call of Duty 2 after a short time of itself. Thus one can concentrate undisturbed on the shooting and does not have to look for medication. If the AI comrades were to go to the ground once in the fire fight, they can be brought back to the legs by pushing the button. The AI is also self-covered or storms forward on opponents to fight with them. Annoying is that the comrades sometimes have misfits and walk around the area senselessly. While the player can give commands such as “grouping, weapon rest, or attacking”, these commands are not very useful because they are hardly implemented efficiently. 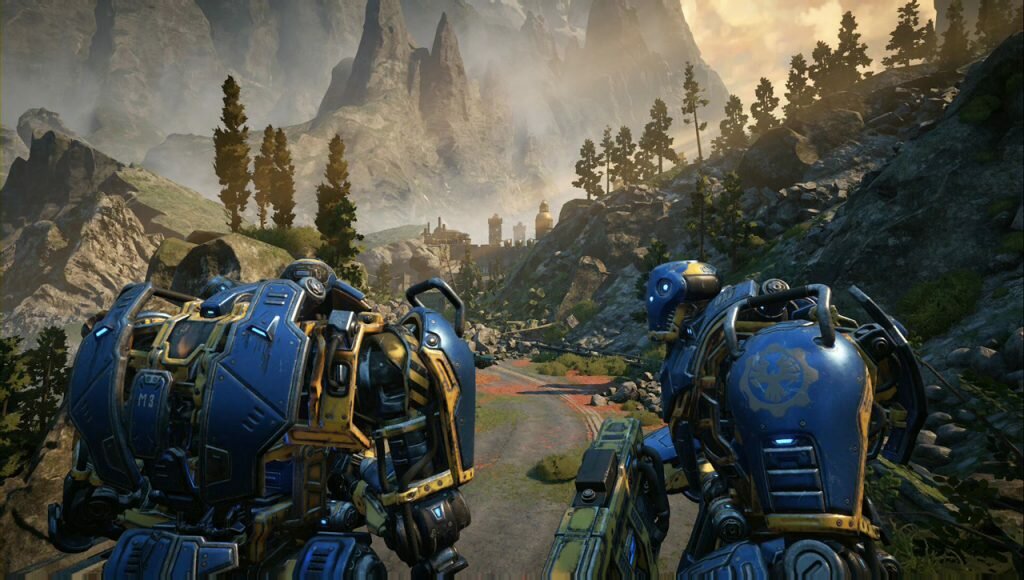 The player has numerous weapons to choose from. For splatter fans, there is a handy chain saw that is integrated into a primary weapon. This weapon makes short process with the opponents. In the course of the game, there is a wide range of weapons, such as two guns, a Locust rifle, shotgun, sniper rifle, grenades, and the Hammer of the Dawn. The latter serves as a target marker for the particle orbits stationed in orbit. This weapon is used only in a few places, but it is excellent against strong opponents which can not be defeated with normal weapons. However, this weapon unfortunately works only in the open air and only for a certain duration.

Epic Games is a real eye-catcher! Gears Of War has a gorgeous graphics. The Unreal Engine 3 delivers a real firework of effects! The player gets to see detailed playfields and characters and great animations. Especially great is a night level in the rain but also the other levels look great and varied. Filmreif are the intermediate sequences that drive the action, whereas the dramaturgical content is not always completely meaningless. Especially the German language edition lags the English much behind what the quality of the speakers concerns and the correct translation into German. Where we are at the moment of the acoustics: the sound is bombastic staged and the effects are coming out. Technically, there is at the Unreal Engine 3 what graphics and sound concerns nothing to complain about, only a few small jerkers are here and there like the end boss. The fact is that the Xbox 360 console with Gears Of War impressively shows what power is in it.

In addition to the story mode, there is also a multiplay mode to play. The CoOp mode, which can be played together with a friend either online via Xbox Live, via a console in Splitscreen mode or via a system link connection to a second console. In addition to the CoOp mode, there are three other game modes for up to eight players, such as “War Zone”, which is nothing more than the mandatory Deathmatch, or “killing”, in which each team has its own leader, Player. If it is switched off by the opposing team, the round is over. The person who killed the leader will be in the next round in his own team, while the enemy leader is taken over by the best player of his squad. The last multiplayer mode is called “execution”. If you are done in it you are not immediately dead. The faster you press the A button, the faster you are already on the legs. However, the opponent can execute a death blow by crushing his head.